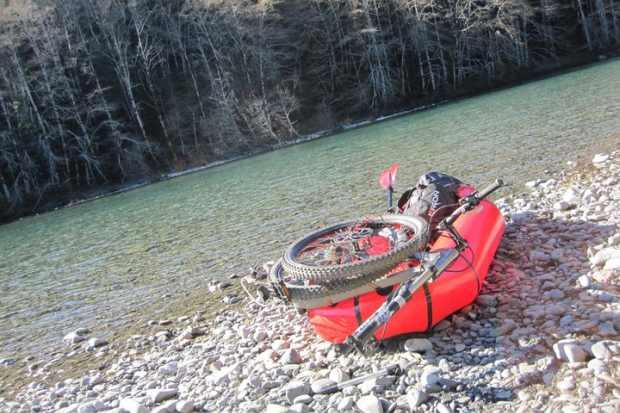 The first packraft appears in 1845 with Lieutenant Peter Halkett of the Royal Navy. But the packrafting known a real turn in 2004 with Alpacka Raft LLC. 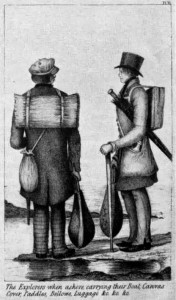 Here is what the American Packrafting Association says about: “The years from 2004 to 2006 marked a turning point in packrafting. Alpacka was awarded a prestigious 2005 Backpacker’s Best award and a “Boaters Best Pick” in Paddler Magazine.
In 2004, a young couple used Alpackas to fjord-hop along Alaska’s glacier-draped coast, a gang of climbers packrafted the Nahanni River to climb Canada’s Lotus Flower Tower, and a group of Scandinavians made long, Class IV first descents in Norway. In the 2005 Wilderness Classic, a team of four ran through the Talkeetna Mountains, then floated the Class IV Talkeetna River, crossing 160 miles of wilderness in forty-seven hours, the fastest pace in the twenty-five year history of the race.

And by 2006, Class V kayakers were switching to Alpackas and running steep creeks and even hucking off of twenty-five foot waterfalls. The packraft’s time had come. … This revolution may bring challenges as land managers struggle to fit the sport into existing recreation management paradigms. Our interest in traveling by boat on rivers and lakes has evolved over time, much like skiing has changed from solely a winter transportation tool to a recreational pursuit.  But the concepts of skiing and paddling remain the same. These are tools to traverse the landscape as a means to explore. They are a part of our genetic makeup…a natural extension of the human body…a tool…a toy that makes us giggle as we skim effortlessly through the wilds.”

Everything starts when I meet Jamy, one of Dan’s Friend. 24 hours after my arrival in Katoomba, I ask Jamy if he has time enough to bring me somewhere in the Blue Mountains National Park. 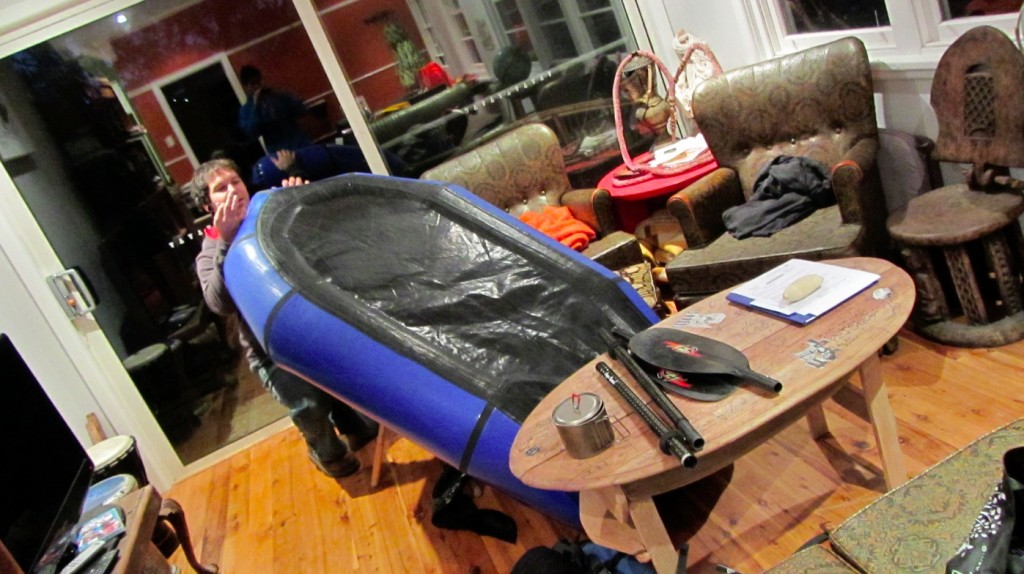 This one suggested to lead me to the Megalong Valley and then packraft down the Coxs River. Dan agreed with Jamy’s idea and lent me his whole equipment. I’m really excited especially as it sounded dangerous (Jamy asked me to give my parent’s phone number to Dan to call them if I died…) and really extreme (Dan told me: “you will be happy to come back home to sleep after that!”)
Yeah, I will do something that match 100% with my personality!

Finally the trip wasn’t that hard. Jamy was surprised than the river was so shallow and we didn’t have huge rapids…But I’ve still a huge smile even 1 week after this adventure! After 45min stretching once at home, I had plenty of energy to do something else. Dan was really surprised to don’t see me sleeping and asked me several times if I wasn’t tired! Ahah

The day ended by a delicious kangouroo on the grill attended with white wine, cheese and grapes than we shared with Johanna, a Finnish Couchsurfer spending one night in Dan house. It’s my last evening here, tomorrow I will have to find a new local house!