After Townsville and Magnetic Island, we went to Airlie Beach for 5 days. Here, our schedule was busy enough: Stand Up Paddling, Whitsunday Islands, WhiteHaven Beach and Halloween. The accommodation was really disappointing for $20 each (when a hotel or apartment is cancelled because of the weather, we have to pay or own accommodation). Only one bathroom for 10 people and there was not enough bed for everybody. However it was the only bad point during these 5 days.

I will remember all my life WhiteHaven Beach when we cruised to the Whitsunday’s Islands. The first time we went, the trip was cancelled because the sea was too rough, many people were sick, a woman had a malaise and our boat had some mechanical issues. Anyway, it wasn’t the best day to enjoy the landscape with this grey sky. It was almost a roller coaster for 5h30! 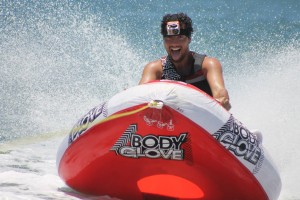 Hopefully the day after was really different: blue sky, flat sea and a shiny sun. At the beginning, I wasn’t really impressed by the landscape. It’s a white sand beach and the water is clear like most of the time in Australia. But when we went to the lookout, the melody changed. “Oh My God” is the shortest way to describe the scene.
The sea seems to be a river with its meanders through the rainforest with a beautiful “shading rainbow” from dark blue to crystal water.

Moreover, did you know than the mirrors of the spatial telescope Hubble were made from the sand of WhiteHaven Beach? In fact, the sand is pure Silica at 98,9% and as fine as salt crystals.
This day trip erased my disappointments I had towards the Grasshopper Travel. 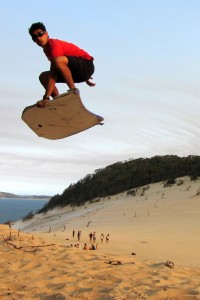 The next part of this trip along the East Coast drives us to Rainbow Beach. It was the occasion to discover the Sandboarding. It’s not as cool as snowboarding but at least you can do that all the year! We were in the nicest apartment ever (as cool as the North Cove Holiday Apartments in Cairns) and we made amazing sushi! But all the good stories have a bad point sooner or later. Debbie, a really nice host who accepted to receive the grasshopper crew, kicks us out during our trip on Fraser Island the day after. Why? Because a gossip friend told to her we were doggies without any kind of respect for anything.

In fact 3 years earlier, the Grasshopper hired a 4wd for a 3 days trip on Fraser Island and they brought back this one a little bit damaged underneath, but they paid for that. Once Debbie learned that, she drove all around Rainbow Beach as a gossip to tell everyone we were bad people. Therefore our Horse riding on the beach planned for the next day has been cancelled.

Nevertheless thanks to Brendan, our trip on Fraser Island was really cool.
He was driving fast on the beach along the sea and said “sorry” each time it was a little bit bumpy (but I’m sure he wasn’t! ahah). It was awesome to be together (and only us) in this huge Landcruiser. 11 people inside and the torque are still quite impressive! It was a really good day for sure. 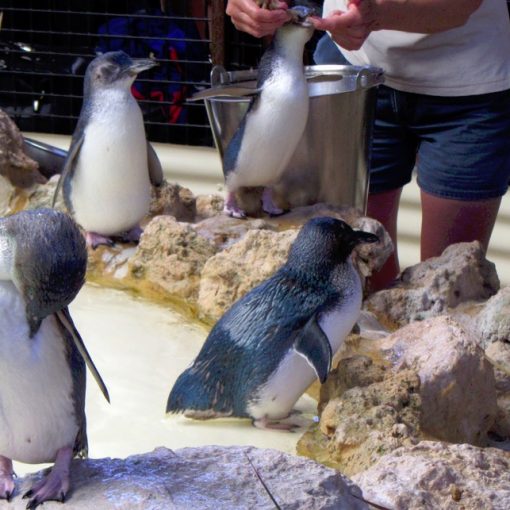 It’s Sunday and it is 6 :30 am. May be than appeared earlier but this is remember me the mountain biking with  […]